Java developers earn a salary of $78346 per year! Can you also get it? 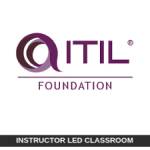 The hot hub for all the java developers is in San Francisco and Arlington of the USA.

The hot hub for all the java developers is in San Francisco and Arlington of the USA. The exposure a java developer gets here is comprehensible due to the presence of the Silicon Valley. It is understandable through this fact that why on earth, the demand for this language is constant and seems to exceed every time.

Let’s talk about what is trending.

The other reasons that surround this seeded fact are the breakout moments for AI in manufacturing, the opening of commercial 5G, Blockchains, autonomous driving technology, and some other stuff that seems out worldly. Reports have shown that corporations and companies are mostly dependent upon Java 8. Despite the release of Java 14. The tech ecosystem has not found any other programming language as great as Java, hence you won’t find anything as popular as Java!

The trend has such immense popularity that today Java stands strong with 7 million Java developers worldwide. In the world of programming languages like Python, PHP, C#, C++, C, R, and swift, Java alone shares close to 24.7% of the market. Though it is getting a tough competition from C still this old wine seems to be the first choice for software development and consulting firms. The reasons are in its varied applications from GUI to mobile applications to embedded systems and web applications to web and application servers. Not only that, but it also has enterprise application and scientific application as well coupled with big data technologies and business applications, it serves millions of users hassle-free.

In our article, we shall talk in deep about java developers as they are the most sought developers in the world.

When you look closely at what wonders a full stack developer does, you come across certain buzzwords such as Oracle SQL, Angular JS, CSS, HTML, J2EE. Java, as you can see, can be invoked in any of these databases and programming languages.

In full-stack web development, there are ample of things at stack like in the front end, we have the UI, and in the server-side, we have the server as well as the database. With this in mind let’s count the common roles and responsibilities of a java developer:

It is very appealing and comforting to know that HR recruiters perceive Java as the core skill, while knowledge of all other programming languages is desirable. The test which they conduct on any applicant is mostly J2EE oriented with object-oriented analysis and design patterns, XML, data structure, and Java-based web services. While a significant chunk of the technical test is based on a relational database.

What they specifically hunt in you as a java developer are as follows:

If you, as a java developer is great with these skills, then you are not only eligible for UI and web application projects but also serve best for network roles.

An entry-level Java developer in the USA earns an average of $78346 per year while a junior java developer earns near to $76000. This trend of the salary is constant has not seen any significant decline or meteoric growth. With this, we infer that this job role gives you a steady income, while if you are in San Francisco, you can earn more than $93000!

Out of all the states in the USA, New York City and Washington DC hold an upward rise of 13 9% since March of 2016. The handiest skill that can earn a developer more than expected in spring and J2EE.

With a room full of 100 developers, a wild guess can predict that out of the 100 developers, and there are almost 75 are proficient in Java! Now it is up to you whether to go with the trend or against. Niche skills can be acquired later; Hadoop is considered the toughest. And most of the Hadoop developers are Java developers at the beginning of the career. Gaining Java skills or taking up java certification can be beneficial in career progressing for developers

Knowing when to transition is the key to success. We do not promote headstrongness and single-minded focus. Assessing other avenues is also important, but when the world is in need of Java developers, it is futile to think of Hadoop or Python.

Retail Bags - A terrific way to Market Your small business

Chargers: Winners and Avid gamers with anything in the direction of believe that over at the time overcoming Bengals